Today I’m going to show you two pretty polishes that I picked up at Tesco from a reduced makeup bin. They are both blue, and therefore could not be resisted. First of all, we have Rimmel 60 Second Pillow Talk, which is a gorgeous baby blue crème with a very subtle silver shimmer. The bottle claims this is a one coat polish, but I could still see patches after two. It is a pastel though, so I will forgive it. And it does dry fast. 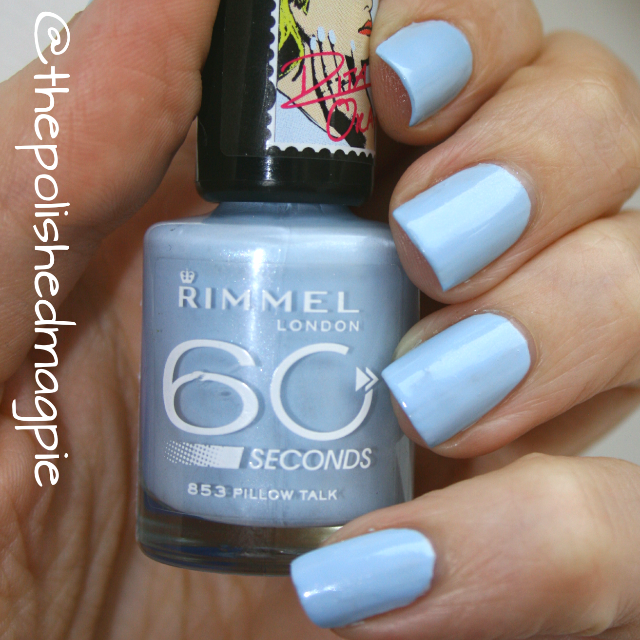 The shimmer barely shows on my nails, but I don’t mind, I just liked the colour. Two coats in the pics, and no top coat yet because I’m going to add glitter.

Like I said, still a touch patchy, but as I was going to add glitter I didn’t worry about it. If I was wearing it alone, I would definitely use three coats. Wear time isn’t great though – you’ll be able to see tip wear in the glitter photos, which were taken less than 12 hours after applying (and I was asleep for some of those!)

The glitter topper is a splatter effect from Maybelline’s Color Show range, called Alley Attitude. It has various sizes of black and blue matte hex glitters, plus a few small blue bar glitters. I’m not usually a fan of bar glitters but they are sparse and work well in this topper. 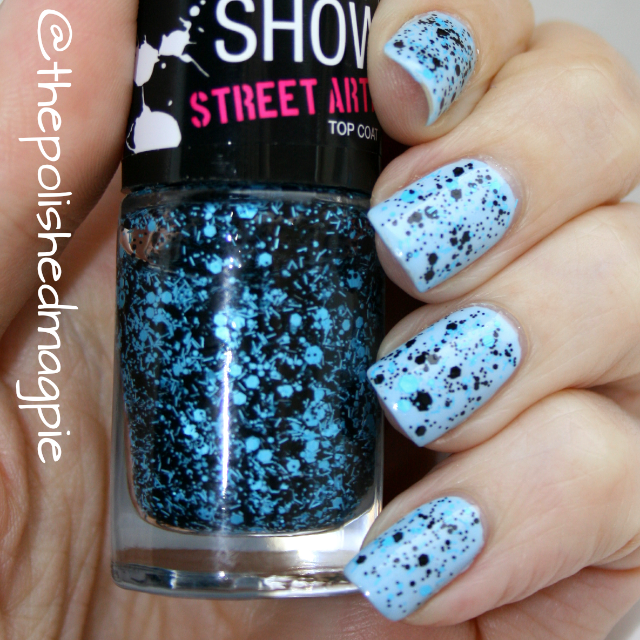 I possibly should have used a different base colour, but what the hell. I like it. 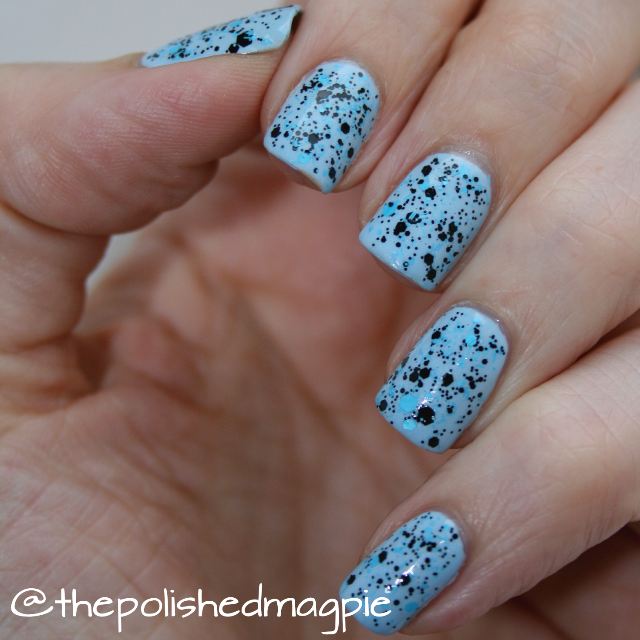 I’ve picked up a few of these Street Artist toppers now in different colours from poundshops and sales, but this is my favourite so far.

And a close-up to show off the glitters (really need to find my macro lens!)

I love the effect, but at the rate it’s chipping it won’t last much longer 😦

Still, not bad for less than £2 for both!

Till next time,
Love, Jo x 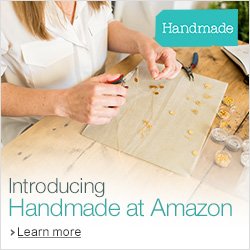